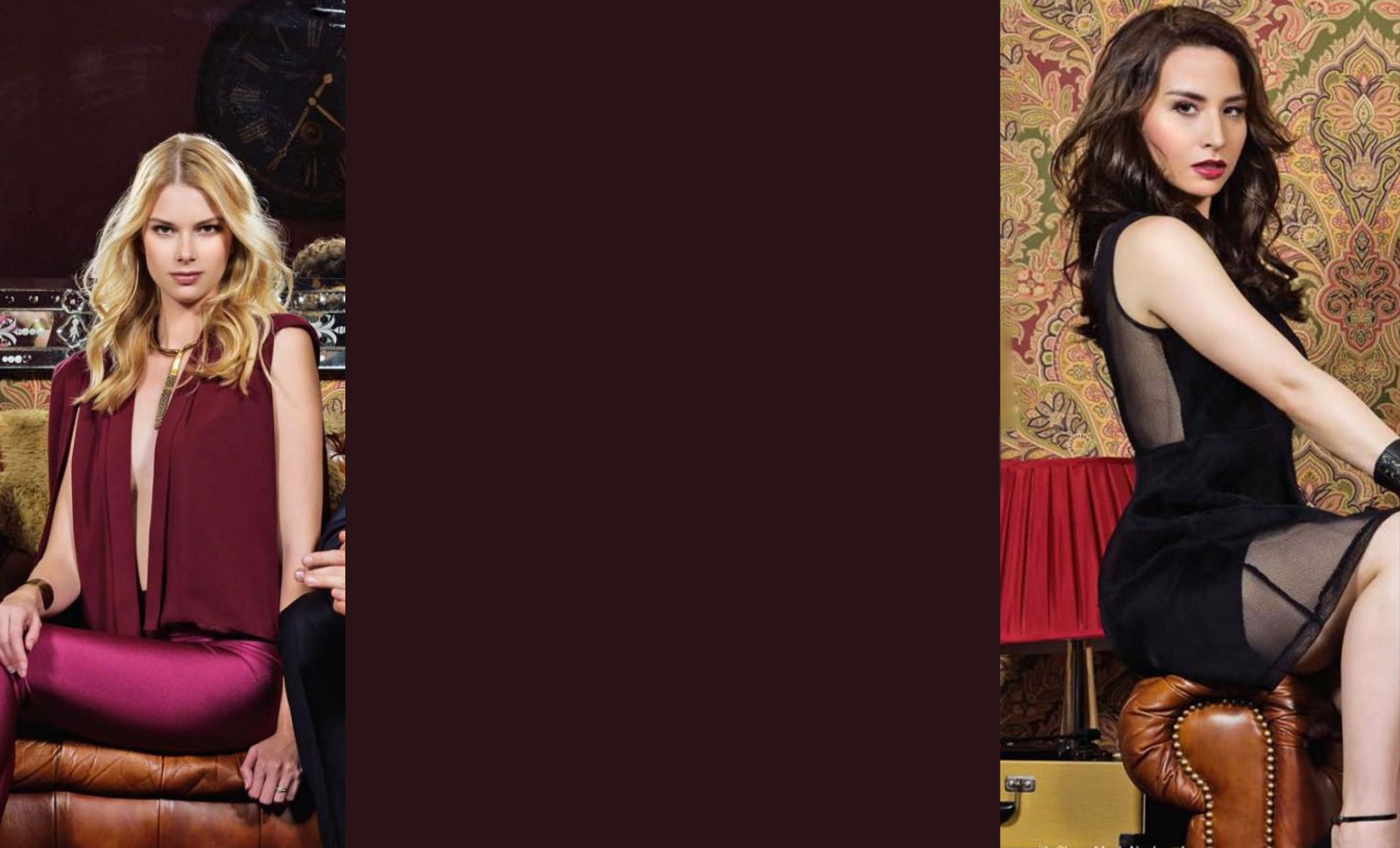 What's on your mind?

This is the place to talk about your favorite topic, to share news, theories, ideas, and to connect with others. The content from your Forum has been converted to Discussions posts, so nothing has been lost.

To learn more about what you can do here, check out community.wikia.com/wiki/Help:Discussions

If you're an admin on this community, read more about how you can customize your Discussions and set up guidelines for contributors: community.wikia.com/wiki/Help:Admin_and_Moderator_Tools_in_Discussions

On Sep 16, 2017, Freeform announced a press release that Stitchers would be cancelled and would not receive a Season 4. Within moments, #Stitchers started trending on Twitter with an international and enormous outcry from hundreds of thousands begging to get Stitchers back...

So we at the Stitchers Wikia, with the help from other dedicated fans, and the producer of Stitchers, Jeffrey Alan Schechter, we've put together a plan to #BringBackStitchers!

We have a petition on Change.org with 684 signatures so far, and we're petitioning Amazon Prime Video, Syfy, FX Networks, and The CW to consider picking up the show for a fourth season!

Please sign the petition  and help be part of the movement to pick up Stitchers for another season. Even if the fourth becomes the last, at least it would give writers the chance to wrap up the story!

Why not Netflix or Hulu? Due to legal deals and contracts between Disney/ABC/Freeform and those providers, they are unable to pick up the show for a fourth season, but all the other candidates CAN!

Let's do this, Stretches...

That season finale had me SO SHOOK! We need a Season 4 because my heart won't fully heal until we get one... </3 But OH MY GOD, discuss everything that happened below!

JayJay-A wrote:Hieeeee guys, sorry to have vanished off the wiki, this episode was in production for a long time, with University and external circumstances pushing its release date back constantly. However it is finaly here, the episode me and Selena planned out perfectly, the episode I was DYING to write. Without further ado A Hallowed Crown - fearlessdivaproductions.wikia.com/wiki/A_Hollowed_Crown

Please remember all the writers are very busy people, we would love nothing more than to produce weekly content for all you lovely people, however it really isn't possible. However we hope you enjoy the content regardless, please leave a comment or review on the episode itself and let us know what you thought!

Until next time byeeee

So Stitchers will be on hiatus for two weeks and now we have watched four episodes thus far. What are everyone's thoughts on the season thus far? Any predictions?

Freeform has just made both seasons 1 and 2 of Stitchers free for viewing on the Freeform app, no sign in required! Watch it now on the app or Freeform.com!

So  on October 5, 2016 it was confirmed by freeform and several other reliable sources that Stitchers has been renewed for a 3rd season!!! No word yet on when they will begin production for it thought but stay tuned for more updates! :)

P.S.: Like others before me, how I got started was I had an idea for an original series and asked the helped of my fellow wikians by auditioning characters. By clicking on the link below, it will take you to the blog entry I have on here that explains the concept more and you are all free to audition characters.

Please show the wikia and my series some love by checking it out, helping out with editing it and reviewing it! <3

Sorry if this is on the wrong board, but I was wondering if anybody wanted to wiki chat while the episode is airing tonight? I have a feeling it's going to be good tonight, and I wanted to bask in it with other Stitchers fans.

We're here today because we wanted to ask you what you think the official name for Stitchers fans across the world should be?

Maybe Stitchies, Stitchitos, Bouncers, or Stretches? Make your votes below, and if you have a different idea, be sure to comment it below!

JSSnippetsStack.push({dependencies:["/extensions/wikia/AjaxPoll/css/AjaxPoll.scss","/extensions/wikia/AjaxPoll/js/AjaxPoll.js"],callback:function(json){AjaxPoll.init(json)},id:"AjaxPoll.init"})What should we call Stitchers fans?  Stitchies 4 Stretches 17 Bouncers 5 Stitchniks 0 Stitchitos 6 StitchLeader 1 Other 2 The poll was created at 19:55 on April 17, 2016, and so far 35 people voted. Please wait, submitting your vote...

The results of this poll will be submitted to Jeffrey A. Schechter AKA the executive producer of Stitchers!(Source)

Stitchers wikia will start adopting the new Image Galleries available from Wikia Labs.  This updated gallery design replaces traditional slideshow galleries in favor of showing a series of 8 cropped thumbnail images on a permanent basis with the option to expand the gallery to view more images if they are present.  This provides a much cleaner look than traditional galleries that could have had photos of various sizes and widths oddly fighting for prominence on a page, and allows everyone to see at a glance several photos without having to wait through a slideshow's autoscroll, or having to manually advance through each new image.  You can read more about the new Image Galleries here,

As a result of implementing this new gallery design, which is still in its beta form, modifications to any galleries must be performed in source mode.  The new galleries will not appear in either the "Classic Editor" or the Visual Editor.  Adding a picture to a gallery is relatively simple; either click the edit button at the top of a page or select Classic Editor from the drop down menu beside it and then choose the option for "Source Mode".  In the section of code pertaining to the gallery, simply type any newly uploaded photo's name into the gallery.  You can preview the results to ensure the photo has been added prior to publishing.

For your own convenience, it is advised that when first uploading any new photo to the wiki, you appropriately name the image with a small but memorable title,  It will make adding the new image to a page much easier.

Thank you, and please let us know what you think of the new photo galleries!

Hey fellow wikians, Pretty Little Liars may have ended for now, or your favorite shows maybe on hiatus but the mysteries are just getting started over on Freeform's hit new show Stitchers, returning this week for its second season. For those who didn't know, beyond being the main administrator on Pretty Little Liars wikia, I'm also the founder of the official Stitchers wikia! I invite you all to check out the site and the show before the second season premieres at 10pm EST on March 22nd!(stitchers.wikia.com/wiki/Stitchers_Wikia). There's also the 4th season premiere of hit show Orphan Black to premiere on its new night on Thursday April 14th, 2016 at 10/9c on BBC America. Interested in catching up or meeting fans of the show? I also run the Orphan Black Wikia(orphanblack.wikia.com/wiki/Orphan_Black_Wiki)

Hey, everyone! I'm here to announce the first ever dramedy (drama + comedy) series that will be on Fearless Diva Productions! The series will be set on a millitary base, with the premise being a male character who starts basic training. Although I can't say anymore, you can probably guess where this is going!

The auditions can be found here and I'll hope you audition! :)

Hey guys! First of all, happy holidays! :) I bring to you a gift of sorts in the form of the 6th episode of Inferno's successful 1st season! It's called The Things You Can't Outrun   ” which is one of two Eric centric episodes, where we really dive into his backstory. The episode was primarily written by Jay and had Erik (and I) as creative consultants. I hope you all enjoy reading it as much as we enjoyed writing it! Please don't hesitate to drop by the episode's page and review! I cannot wait to see what you all have to say! Thank you so much for your dedication! <3

You can also check out the character pages, pages giving more in depth information about the various supernatural creatures in this universe we've created by simply going to my own wiki aptly titled:Fearless Diva Productions(fearlessdivaproductions.wikia.com/wiki/Fearless_Diva_Productions_Wiki). Don't be shy and check them out please! Once your done reading, I'd appreciate if you reviewed the chapter!:) Thanks a bunch! Haven't read Inferno yet? Well you can start from the beginning and get all caught up now!

P.S.: Like others before me, how I got started was I had an idea for an original series and asked the helped of my fellow wikians by auditioning characters. By clicking on the link below, it will take you to the blog entry I have on here that explains the concept more and you are all free to audition characters.

Please show the wikia and my series some love by checking it out, helping out with editing it and reviewing it! <3

As you all know I have my own wikia:Fearless Diva Productions where we are posting original stories. Right now it's mostly Inferno stuff, but I am happy to report that we now also have Jay's popular series: Handsome Little Liars also being showcased on my wikia along with Horrifically Wicked Tales: HIVE Academy and Inferno's spin-off Bloodlines.;) So be on the look out for that!

I want to wish everyone on the Stitchers Wikia a merry Christmas and a happy new year!

I would like to invite the admins of this fine wiki to help me come up with a time and date that the majority of us can attend. I want to discuss ideas for categories, how to get more people to come onto the wiki,etc. It shouldn't take too long. I'm thinking at longest it could be 30-45 minutes. However, I also want to take this time to congragulate each and everyone of you that has helped improved this wiki. I'm so happy to have this great of a team and of  normal users already editing the wiki! :) Thanks!