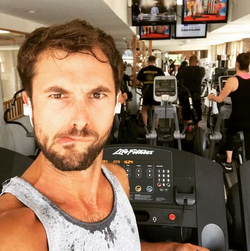 He portrayed Liam Granger as a recurring character in Stitchers throughout Seasons 1- 2 .

After studying Psychology at the University of Oxford, England, Jack moved to San Francisco where he worked for Google for five years. During that time he enrolled in an acting class at the Shelton Studios, became addicted to acting, and completed their two-year Film Actor Training Program.Since moving to LA in 2012 he has been working in TV and film. Aside from acting, Jack is a musician with over 10 years experience on keyboards and guitar. His band Cable Car has featured songs on network television and film, and plays regularly in LA.Jack hopes to continue acting in impactful movies and is always thrilled to contribute music to the soundtrack.

Retrieved from "https://stitchers.fandom.com/wiki/Jack_Turner?oldid=24543"
Community content is available under CC-BY-SA unless otherwise noted.