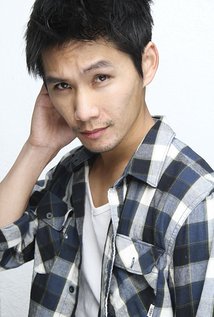 Ross Kurt Le is an Australian actor and writer. He is best known for his recurring role as Alex on Stitchers  as of 2015, and has also appeared on Castle , and Run DMZ.

Le was born and raised in Sydney, Australia and studied Chemical Engineering at Sydney University. Following graduation and a brief career in accounting, Le moved to Los Angeles in 2009 to pursue his goal of becoming an actor.

After attending The American Academy of Dramatic Arts in Hollywood, Le found work on stage at East West Players (playing Neil in the stage adaption of "Mysterious Skin" by Scott Heim) and at Circle X Theatre (appearing as Wong Tuck in "The Chinese Massacre).

Retrieved from "https://stitchers.fandom.com/wiki/Ross_Kurt_Le?oldid=22953"
Community content is available under CC-BY-SA unless otherwise noted.