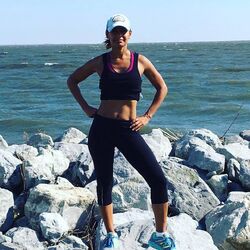 Salli Elise Richardson (born November 23, 1967) is an American television and film actress. Richardson is best known for her role as Dr. Allison Blake on the Syfy comedy-drama series Eureka (2006-2012).

Richardson-Whitfield was born in Chicago, Illinois, the daughter of an African American mother and an Irish-Italian father.[2] She has three brothers: Josh Richardson, Chad Richardson, and Nalin. Richardson played tennis in high school, and launched her acting career in the Kuumba Workshop theater there.[3] She graduated from the University of Chicago Laboratory Schools in 1985.

Retrieved from "https://stitchers.fandom.com/wiki/Salli_Richardson?oldid=23344"
Community content is available under CC-BY-SA unless otherwise noted.